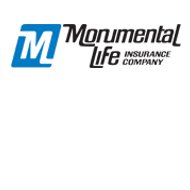 For your own individualized quote, you can type in your zip code to compare and contrast different health insurance quotes.

While United Republic Life Insurance Company focuses mostly on life insurance policies as does Commonwealth and Monumental, there are other companies that can meet your specific health insurance needs.

As of now, policies that were from United Republic are being serviced by Spectrum. Spectrum is a division of Monumental. The best way to contact Spectrum is by phone at 1-800-388-7995. Monumental’s parent company is Aegon Americas.

The home office for Monumental Life Insurance Company is the following:

Their administrative office is based in Maryland with the following address and phone number:

Monumental is considered very stable in terms of insurance companies. As of October 1, 2007, they merged with Peoples Benefit Life Insurance Company. Licensed in all states but N.Y. and D.C., they have $88 billion of insurance-in-hand as of December 2010.

For their customers and policyholders, Monumental offers a wide range of products. These products include the following:

While they do offer some health and accident insurance, it is very limited. Monumental’s health insurance includes cancer and disability income insurance only.

Monumental has received several positive ratings. A.M. Best gave them a rating of “A+,” which is a “Superior” rating. They were also given a financial strength outlook of “Stable.”

Ratings for A.M. Best have a range from “A+”+ to F, which is liquidation. These always reflect A.M. Best’s view of the company’s financial strength. Any rating that fits in the range of “A+”+ to B+ is considered either stable.

Their credit rating was also high for the long term, which was “AA-” and an outlook of “Stable.” The “AA-” designation is considered very strong with some indication that the rating will downgrade due to market trends that are unfavorable.

Other positive ratings come from Moody’s, which is an “A1” rating, and is one of the top ratings given out by them. Two other great ratings from Fitch and Standard and Poor’s were both “AA-,” two other top ratings.

While there is not an overall rating for Aegon Americas each of the companies parented by them have ratings all of which are positive. Transamerica Life Insurance received an “A+” rating from A.M. Best, an “A1” rating from Moody’s, and an “AA-” rating from both Fitch and Standard and Poor’s.

Transamerica Adv. Life Insurance Company of N.Y. received an “A+” from A.M. Best, and an “AA-” from Fitch and Standard and Poor’s. Transamerica Financial life received ratings of “A+,” “A1,” and two “AA-” ratings.