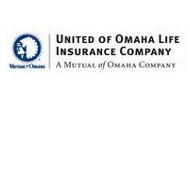 To look at health insurance quotes you can type in your zip code to compare different companies.

Offering a large amount of both individual and group products, United of Omaha has insurance for a variety of needs.

Created in 1909, the company had some challenges before it was officially incorporated. Needing 250 applications before it was licensed by the state, member receipts were issued until they became licensed. It took 10 months, but eventually policyholders were given a certificate of membership.

In 1997, Mutual of Omaha launched its first website on the internet. In 2007, Mutual of Omaha created a holding company for banking operations. Omaha Financial Holdings Inc. opened Mutual of Omaha Bank with an additional 13 locations and seven hundred million in total assets acquired from the following community banks:

Offering a wide range of products, United of Omaha focuses on both individual and group products. Their individual products include the following:

As for their group insurance products and retirement solutions United of Omaha offers the following:

With the group insurance products and retirement services also comes a flexible plan design, commitment from employees of United of Omaha and Mutual of Omaha and comprehensive product portfolios. Some of the benefits of these products are the following:

A.M. Best gave a rating of A+ to United of Omaha. A+ is considered “Superior” in comparison to other companies. Their financial strength outlook was also given a positive rating of “Stable,” which is also the best rating given by A.M. Best.

A.M. Best gave a long-term credit rating of “aa-” to United of Omaha. This is considered a positive rating meaning “Very Strong.” The outlook as far as credit rating was given a score of “Stable.” These ratings are recent with an effective date of November 22, 2010.

Even more ratings that are positive have been given for United of Omaha. Moody’s Investors Service gave them an “A1” rating, which is termed “Good.” Standard & Poor’s rating was “A+” which is considered “Strong.”

With the best rating possible by BBB, positive ratings from A.M. Best, Moody’s Investors Service and Standard & Poor’s, United of Omaha is an excellent company to look at when researching health insurance rates.

To receive more information on United of Omaha and Mutual of Omaha Company’s health insurance rates type in your zip code and compare. By doing, this you can find the best company that meets both your financial needs and goals.