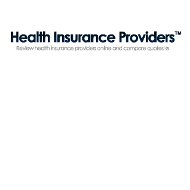 As a subsidiary of General Electric, Union Fidelity Life Insurance offers both health and life insurance. However, Union Fidelity takes an old fashion approach with its members by doing all work through either phone or in person consultation.

To find your best, individualized health insurance quote, you can enter your zip code and compare these different insurances.

They have no website to pull information from formally, but do have customer services locations and toll free phone numbers. Union Fidelity Life Insurance offers several types of insurance (accident, life, health, and even cancer insurance).

The date of organization was in September 1925 on the 2nd. The company was granted licensing in Texas on June 5, 1931 and has centered on accident, life, and health insurance. Their base office is in Fort Washington, Pennsylvania.

The president of Union Fidelity Life Insurance is Michael Duncan Barnett, the secretary is Catherine Mcbride, and the treasurer is Sarah Quirk Baker.

For those members looking for information on Medicare Supplement Insurance they would need to call 1-877-825-9336. At this time, Union Fidelity is not writing new insurance policies.

As of June 28, 2011, A.M. Best has given Union Fidelity a rating of A-, which is termed “Excellent” among insurance companies. As for the company’s financial strength outlook, it was given another positive rating by A.M. Best of “Stable.”

A.M. Best also gave a credit rating for Union Fidelity Life Insurance which was a-. While an “a” represents a “Strong” rating the “-“ can be defined as a possible downgrade due to unfavorable market trends that are relative to the current rating level. However, the credit ratings outlook was given a “Stable” rating.

Ratings for A.M. Best have a range from A++ “Superior” to F “Liquidation.” These reflect the financial strength of a company. Any rating that fits in the range of A++ to B+ is considered either “Secure” or “Stable,” which Union Fidelity Life Insurance does fall under.

However, relying on one rating can be deceiving. According to another rating company, Weiss Ratings, they found Union Fidelity Life to be lacking in financial strength and gave them a rating of D+. Weiss Ratings have a range from high “A+” to the very lowest “U.”

Some of the factors that raised Union Fidelity Life Insurance’s rating included the following:

While Union Fidelity Life Insurance Company has an excellent rating by A.M. Best, they are not writing insurance policies at this time. There are several great companies that are offering health insurance. According to U.S. News United Health Group takes the number one spot when it comes to the best health insurance companies in the United States. Some of their benefits are:

With comprehensive plans for health insurance and retirement plans, they make an excellent alternative choice. Their mission centers around their members where they seek to improve performance of the health system.

They also take a key interest in working with health care professionals so members get their services at affordable rates. They also encourage a healthy physician and patient relationship that helps to improve personal health choices and decisions for their members.

To take a closer look at health insurance rates, enter your zip code and compare the different companies to find the best match for your individual needs and goals.