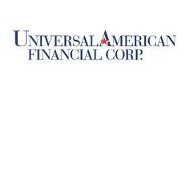 Union Bankers still maintains offices in Pensacola, Florida and can be reached by mail at:

Universal American, is the holding company for a number of independent insurance carriers including:

A separate Universal website, http://www.universal-american-medicare.com/, provides users with detailed information about Universal’s many Medicare contract program options. Each distinct plan has its own website, tools, information, and forms. Available plans and options vary from state to state so it is important to enter a current zip code so you will see the plan details and options for your city and state.

Each website, for each individual plan, in each region or state provides the following comprehensive reports in detail:

There is also a handy glossary of terms to aid subscribers in clearly understanding program guidelines and benefits.

The biggest story for Universal American, in calendar 2011, has been the sale of Universal’s Medicare Part B prescription drug business to the CVS pharmacy chain. This transaction closed at the end of April when CVS paid an estimated $1.25 billion to Universal for this segment of their Medicare insurance business.

A major portion of Universal American’s website is devoted to the subject of Medicare fraud. Universal is committed to fighting systemic waste, fraud, and abuse in the health care industry. According to Universal, between 3 and 10 percent of our country’s total health care spending is lost, due to mismanagement and fraud.

Examples of healthcare fraud in general and Medicare fraud specifically are numerous and include:

Universal American asks every consumer to join the fight against these terribly wasteful practices. Consumers can protect themselves by following several simple rules:

Finally, Universal American asks you to report suspected fraud. They have set up a fraud hotline at 866-684-0595. Consumers who suspect they have been the victims of fraud may also report to Universal by email, [email protected] or by regular mail: