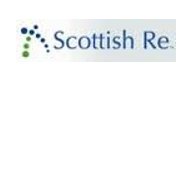 Under the structured laws of the Cayman Islands, Scottish Re Group Corporation is a holding company. Its head offices are in Bermuda with much of its written products done in the United States.

While much of their written product is in the U.S., they have operating companies in the U.S. as well as Bermuda and Ireland. The subsidiaries of Scottish Re Health Insurance are the following:

In the past, Scottish Re Insurance Corporation was most successful in rewriting or reinsuring of annuities, annuity-type products, and life insurance. They did so mostly in the U.S. branch offices.

With the company not rewriting insurance policies, they also delisted from the New York Stock Exchange in April of 2008. According to the Securities Exchange Act of 1934, Scottish Re Insurance is not obligated to report ordinary shares in addition to non-cumulative preferred shares.

In addition to the Securities Exchange act also caused a suspension in obligations in reporting because fewer than 300 insurance holders are on record. Although no current positive or negative material is obligated to be made into public file, historical filings can be found at the SEC website.

As of August 24, 2011, a merger was completed in accordance to Cayman Islands law. The two companies who took over the merger are Cerberus Capital Management, L.P., and MassMutual Capital Partners LLC. Scottish Re Group Limited was the name that stuck with the three company’s merger.

For information on careers at Scottish Re Limited, you can contact the U.S. headquarters:

Two-thirds of this amount was earned by the top 25 companies provided by U.S. News website.

They also have designed plans for individual needs. Not only do these include medical plans, but also dental plans, vision, disability and life plans as well.