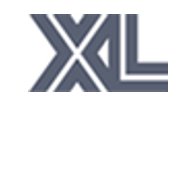 Greenwich Insurance Company was originally founded in 1946. As part of the XL Group network, the company has locations in:

Continue reading about Greenwich Insurance Company to determine if the company or its parent can provide health insurance services you need.

Write the company at:

Greenwich Insurance Company’s “A” (Excellent) rating was reaffirmed in 2011. The company’s financial size is “XV” or $2 billion or more, according to A.M. Best.

The company’s ultimate parent, XL Group, reported $6.4 billion in sales revenues in fiscal year 2010, and generated approximately $643.38 million in net sales for the period. The company achieved a one-year sales growth of 3.31%. According to the company’s financial statement, XL Group has total assets of about $45 billion and a market value of about $5.82 billion.

The company competes regionally against:

Global weather catastrophes caused an increase in property & casualty loss claims in 2010 and 2011. The company paid claims against the Japanese tsunami and earthquake, Australia floods, and New Zealand’s earthquakes. New U.S. insurance products, including specialized product recall insurance to the food industry, beverage industry, and beverage bottlers has been popular in the recent past.

The parent company posted $1.43 billion in losses in 2009 and reduced its global workforce by approximately 10% that year. Management has focused on offering core products and services, such as specialty insurance lines, to support and strengthen the company’s revenues. In 2010, XL Group sold its life insurance unit, XL Re Life America, to SCOR for about $45 million. A short-term life insurance unit was sold in 2008. The remainder of the company’s traditional life insurance business is in runoff in the United Kingdom and Ireland. During a runoff period, the business writes no additional insurance and manages its existing customer commitments.

The parent company’s headquarters moved from the Cayman Islands to Dublin Ireland. To commemorate the move, the company changed its name to XL Group from the previous XL Capital.

Although the company has announced plans to expand its international business lines, financial prudence has caused merging some existing international locations. XL Group received a key license to open an office in Shanghai, China.