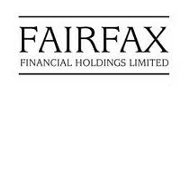 According to A.M. Best, General Fidelity Insurance Company is in run-off. Fairfax Financial Holding’s The Riverstone Group (and its Resolution Group subsidiary) is managing GFIC during the run-off process. The Resolution Group manages run-off operations in the United Kingdom and the United States. A.M. Best reviewed the company’s reserves and operations in early 2011. General Fidelity Insurance Company’s rating was downgraded from an A- rating.

In March 2011, a U.S. District Court in the Southern District of Florida favored General Fidelity Insurance Company’s position when an insured homebuilder client pursued it for Chinese drywall claims. The company pursued its insurance company under the policy’s pollution exclusion in a general liability insurance policy. The court found that the insured homebuilder and a named individual were not entitled to property damage and personal injury damages claimed in a lawsuit.

Most of Fairfax Financial Holdings focus on the United States market. Customers in the U.S. represent about half of the company’s written premiums. Odyssey Re, a reinsurance company, and Crum & Forster, a specialty and commercial insurer, operate in the United States.

Central/Eastern Europe is considered an emerging market for the company. Polskie Towarzystwo Reasekuracji was acquired in 2009 for about $72 million through a public tender offer. The company also purchased UK insurance company Advent Capital for approximately $154 million that year. The company was converted to a private company and its shares were delisted on the London Stock Exchange.

The company’s reinsurance operations include companies in Central Europe, the United Kingdom, and the Americas.

Some financial writers compare chief executive Prem Watsa to American financier and entrepreneur Warren Buffett. Watsa owns approximately half of Fairfax’s voting rights. Watsa’s penchant for investment is demonstrated in the company’s control purchase of Ridley Inc. for about $81 million. The company is an animal nutrition company and former part of the Australian Ridley Corp.

Get Control of Your Health Insurance Rates