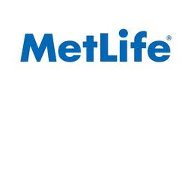 Then continue reading about the former General American Mutual Holding Company to learn about the company’s products and services, acquisition, agents, and claims.

Before the acquisition in 1999, MetLife’s independent representative network also sold General American products and services. The General American brand was absorbed by the MetLife name after the company underwent the process of demutualization.

General American Mutual and its operating subsidiaries were acquired by MetLife, the largest life insurance company in the United States. MetLife offers a variety of “non-medical” health insurance plans through the company’s Insurance Products unit, including illness, disability, and dental policies, to employers and individuals.

The company sells group and life insurance products, retirement plans and products (such as annuities) through the Retirement Products division.

Mutual insurance company policy owners, and their heirs and beneficiaries, may continue to receive benefits from an insurance policy (such as insurance policies written by the operating companies of the General American Mutual Holding Company) when these are due. The policyholders also receive financial compensation, such as cash, securities, or credits, when the company undergoes the demutualization process necessary for a publicly traded insurance company to acquire its assets.

In 1999, the Missouri Department of Insurance placed General American Life Insurance Company into an administrative supervisory plan. The company’s lack of liquidity occurred when $5 billion dollars was demanded by 37 plus institutional customers. The institutions held funding agreements of the company.

MetLife was eventually assisted out of its liquidity debacle by MetLife. MetLife purchased the company for about $1.2 billion. This money was deposited into a bank account to compensate the policyholders (including policyholder beneficiaries and heirs) of the General American Mutual Holding Company.

Because of these factors, people who held policies written by General American may be entitled to receive benefits from the demutualization. Many people may not know they are entitled to receive money from a former mutual insurance company, such as General American Mutual Holding Company. Former policyholders should consult an advisor about their individual circumstances and next steps.

top
Speak with an Agent!