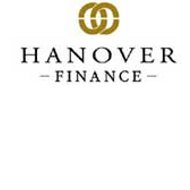 If you are looking for personal health insurance, enter your zip code in the free box now to compare rates and quotes from several top companies.

Clarendon Insurance Group has had many problems due to a business deal Hanover Finance made that did not go as planned. Hanover joined forces with Allied Farmers Unlimited. The combined assets of both companies were supposed to be invested to make shareholders more of a profit on their investment, but this did not happen.

The merger was a result of a struggling Hanover Finance Company. The company had amassed enough debt to outweigh their assets. This debt was swapped for some for the equity that was found in Allied Farmers Limited. The idea of the merger was to prevent Hanover Finance from having to close its doors and to give shareholders the opportunity to save their investments.

Unfortunately, this merger and debt for equity trade has not gone as planned. The problem is blamed on poor management of the assets. In fact, an executive at Allied is being considered in a lawsuit for his role in the negative outcome of the Allied/Hanover merger. Shareholders want answers, but since it was a series of bad decisions and not something illegal, resulting in the loss of revenue, no answers have to be provided.

It seems as if the millions of dollars produced by this joint venture were spent on additional investments that went bad instead of being spent on restructuring and improving the company. Though the company is still afloat, it is treading water. Shareholders are asking for a change in the entire governing board of Allied Farmers Limited due to the decisions made.

Hanover Finance itself has gone into receivership, which has caused the stock in the company to have little, to no value. Instead of the merger saving shareholders’ investments and providing additional income, the merger has resulted in further loss for shareholders and a quick removal of additional support. Furthermore, the executives at Allied tried get a suppression order which prevented shareholders from seeing the full financial situation of the company. The suppression was granted, but quickly lifted in a higher court.

Clarendon via Hanover Finance has officially gone into receivership status. Receivership is when the department of insurance in the licensing state finds an insurance company financially unstable, so they start the process of handing the company over to another insurance company. Hanover was recently found to have less than $500,000 in assets.

In Clarendon’s case, the state handling the receivership is Texas. During a receivership, offers are made to several other insurance companies to buy out the remaining policies and assets of the failing company. Once the offers are assessed, a decision is made by the Texas Department of Insurance regarding which company will take over for the failing one.

If you are looking for personal health insurance, enter your zip code in the free box now to compare rates and quotes from several top companies.