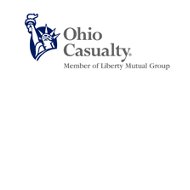 Liberty Mutual Holding Company, Inc. was formed in 2001, although the Liberty Mutual organization was founded at the turn of the twentieth century. The ultimate parent employs about 45,000 in all locations. About 2,500 people work at the headquarters in Boston.

Avomark Health Insurance agents work with customers in the South Atlantic states of:

Liberty Mutual is one of the largest property & casualty insurance companies in the United States. The company ranks in the top 10 insurers in the U.S. The Liberty Mutual network also provides:

The company’s four operating units include:

The company mixes proprietary brokers and agents with an independent insurance agent and broker network. Liberty Mutual also sells some insurance lines directly to consumers through direct response mailings and the Internet. Liberty Mutual ranks seventy-first in Fortune Magazine’s most recent “Fortune 500” and is one of the most prominent property & casualty insurance companies in North America.

Liberty Mutual hopes to sell its Liberty Mutual Agency Corporation (LMAC) in a public offering. LMAC includes the company’s network of about 12,000 independent agencies and brokers. The unit distributes personal property & casualty lines such as health insurance through its Safeco brand. Parent Liberty Mutual Holdings will maintain 80% ownership of LMAC.

According to an Avomark Insurance Company financial statement in the Liberty Mutual archives, Avomark had about $11 million in net assets for the 2008 fiscal year.