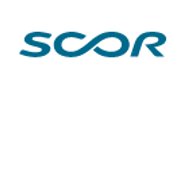 You can get online health insurance quotes from active providers by typing your zip code into the free rates tool now!

General Security National Insurance policies, which are now under the parent company of SCOR Paris, are strictly written as reinsurance for property and casualty and life reinsurance.

Under the life insurance division, critical illness and short term and long term disability coverage is available to policyholders.

On the SCOR website, it states that you can contact a representative for more information regarding their products. However, there is not a shortcut available to find an agent in your area. The site does provide the ability to send an email to SCOR by entering:

General Security National Insurance Company was originally based out of New York at the following address:

A map of the headquarters is also available on their website.

Careers for General Security National Insurance Company all fall under the SCOR umbrella. Careers can be found on their website with descriptions of the different careers available at SCOR. The company also explains the career paths available and methods of determining compensation.

Degrees and required previous experience are also explained under the career section. Internships are an additional career option within the SCOR Company, but all vacancies for internships and regular job opportunities are all listed but only in French.

GSNIC maintains an “A” rating by A.M. Best. It remains strong due to the strength of SCOR. However, there is very little information on how SCOR underwrites using the General Security National Insurance Company name.

Compare other insurance companies and receive quotes from active providers by typing your zip code into the free rates tool now!